Survival Strategies Beyond the Ozone Layer

July 3, 2019 / Madison Pentecostal Assembly / Comments Off on Survival Strategies Beyond the Ozone Layer

Teaching is one thing, but going through trials is another.

Isaiah 43:2-7
2 When thou passest through the waters, I will be with thee; and through the rivers, they shall not overflow thee: when thou walkest through the fire, thou shalt not be burned; neither shall the flame kindle upon thee. 3 For I am the LORD thy God, the Holy One of Israel, thy Saviour; I gave Egypt for thy ransom, Ethiopia and Seba for thee. 4 Since thou wast precious in my sight, thou hast been honourable, and I have loved thee: therefore will I give men for thee, and people for thy life. 5 Fear not: for I am with thee: I will bring thy seed from the east, and gather thee from the west; 6 I will say to the north, Give up; and to the south, Keep not back: bring my sons from far, and my daughters from the ends of the earth; 7 Even every one that is called by my name: for I have created him for my glory, I have formed him; yea, I have made him.

The devil is just flat out clowning. His focus is on destroying men. Weak mothers are raising weak sons. Weak people will perpetrate their weakness on others. Adopt a strong man image if you don’t already have one. There is a lot of pressure being exhorted on adults today. Nevertheless, The Holy Ghost will help us.

Adam quickly blamed Eve for his issues. You have to control your own lust. The bird will fly over your head, but you don’t have to let it build a nest. Anything can blow up to be a major conflict if you let it. It could be something as simple as whether or not the door should be open or closed. The devil will try anything to break up your marriage. So stop blaming others for your problems. Come to realize that disagreements will be a part of your life. Divorce is not an option unless there is a danger due to physical abuse. Women let men get away with way too much. Let the women be encouraged to demand accountability from the man. Now that doesn’t mean stress him out by always being in his face with questioning and arguments. This is a two-way street and both have to continue to perfect the relationship. Illustrate the love of Christ towards each other.

“It is better to dwell in a corner of the housetop, than with a brawling woman in a wide house.” (Proverbs 21:9)

We need to learn how to run the scenarios through our minds first, and then react. Most people react first and then reality hits them later. By then, it is too late because the words have gone out and the damage is already done. Don’t leave the marriage and then discover that you have no place to live. If you run through the scenario in your mind, you will more than likely take the more sensible approach, sparing yourself some grief. Make it a point to plan out what your response will be when the devil comes to attack your mind.

Isaiah 43:21
21 This people have I formed for myself; they shall shew forth my praise.

The devil is real. Abraham had a covenant relationship with God, but he was not exempt from problems. Abraham had family problems just like we do.

Abraham told the Egyptians that Sarah was his sister. Did Abraham lie? Yes, he did. He did not tell the whole truth. Although she was his half sister because they had the same father, she was also his wife and Abraham left that part out. In court, we promise to tell the truth, the whole truth, and nothing but the truth, so help us God.

Abraham didn’t argue with Sarah when she suggested that he be with Hagar to have a child. Hagar conceived and then decided to be sassy towards Sarah. Sarah demanded that Hagar be cast out!

Lot was yet another family problem for Abraham. Lot followed Abraham everywhere and prospered because of Abraham. When Abraham told lot to separate himself from him, then Lot lifted up his eyes and beheld all the plain of Jordan, that it was well watered everywhere and chose it. Nonetheless, when Abram later heard that his brother was taken captive, he armed his trained servants, born in his own house, three hundred and eighteen, and pursued them. Abraham continued to show love although Lot hadn’t shown him that same love in choosing all the land that looked prosperous.

Like far too many couples, Abraham and Sarah were not taking council together and seeking the Lord, as they should have been. Instead, Sarah tried to fix things on her own, which caused her troubles later. We have to think of self-preservation. It seems that whenever prosperity comes, the adversary shows up to divide. When things are become stable, then the devil tries with all his might to make things unstable again. There can be a hundred good marriages to look at for an example, but somehow we focus on the one or two bad marriages and make our conclusion from that. Don’t allow the bad to outshine the good.

The heroes, in the faith, when through the waters and the storms. We are not exempt.

When God fills us with His Holy Ghost, then the pastor’s job is to help us cfontinue in the faith and defeat sin in the flesh. 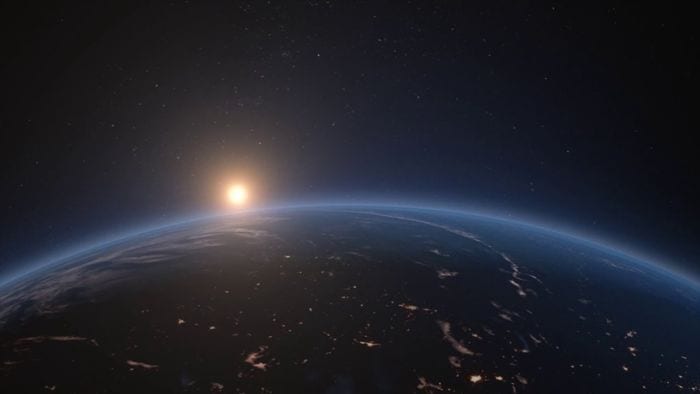